Three York Professors, with U of T collaborators, discover some interventions that could help undergrads struggling with mental health issues. Not only could this aid the pupils, but it could also relieve the overburdened mental health services for this community.

There’s no doubt, higher education students are under more pressure than ever. Mental health disorders are a growing problem among this group – now more than ever with the myriad of stressors related to the global pandemic. 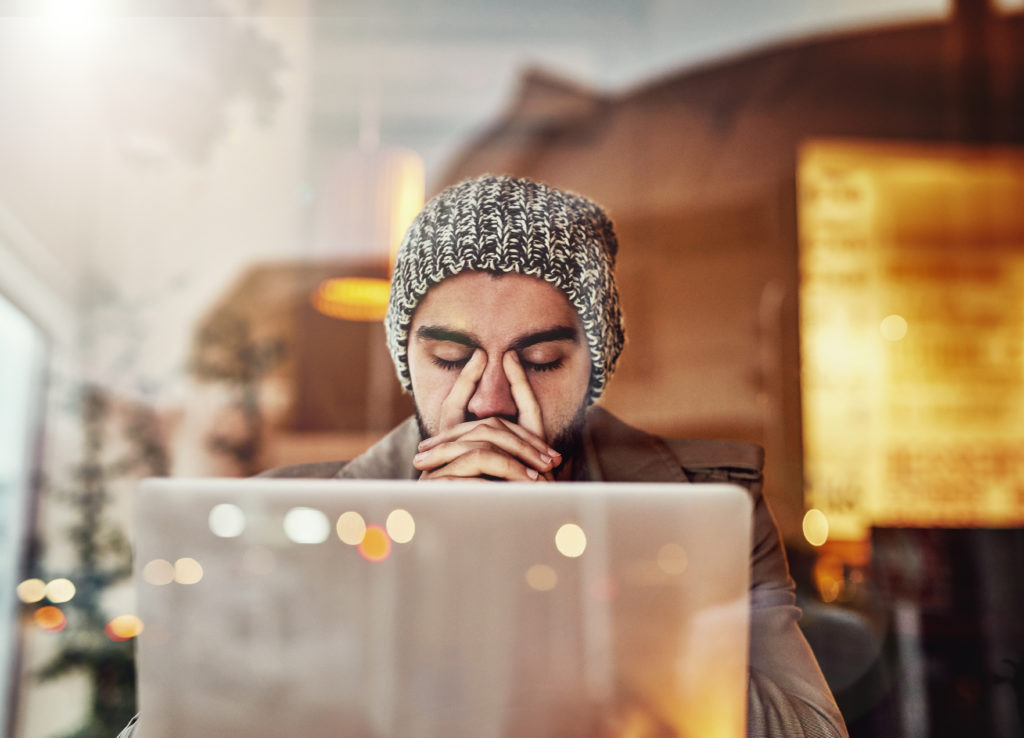 “Interventions like the one we used in our study offer a good opportunity to successfully address mental health conditions in a post-secondary population while also reducing the burden on traditional counseling and services,” El Morr emphasizes.

The study, funded by the Canadian Institutes of Health Research, included IT partner ForaHealthyme.com and collaborators from the Center for Addiction and Mental Health, North York General Hospital and the Dalla Lana School of Public Health (University of Toronto). The results of the study were published in JMIR Mental Health (2020).

Existing research on the mental health status of university and college students in Canada and the United States tells us that disorders involving depression, anxiety and stress are on the rise. El Morr cites a large 2013 study of nursing students in Canada that indicated the prevalence of mild-to-severe depression, anxiety and stress at 33 per cent, 39 per cent and 38 per cent, respectively.

COVID-19 exacerbated the issue as did the roadblocks that students face while trying to connect with resources. There are systems and programs in place to help these young adults, but access, cost and stigma are barriers. Additionally, counseling centers are very often overwhelmed with clients, and operating well beyond capacity.

El Morr, Ahmad and Ritvo realized that new and easily accessible strategies were needed to address this issue. One such approach, which they considered, was mindfulness-based techniques. Derived from Buddhism, mindfulness is a kind of meditation where the participant focuses on judgement-free living in the moment. It has been successfully used in therapy, where it dovetails with cognitive behavioral therapy (CBT), a type of psychotherapy where the client modifies thought patterns to change moods and behaviors.

El Morr, Ahmad and Ritvo also realized that making this service available to students online would lighten the workload of overburdened counsellors and therapists at universities and other community-based facilities.

The researchers opted to do a randomized control study, which is considered the ‘gold standard’ for generating reliable evidence due to its potential to limit bias. Their goal was to examine the usefulness of a Mindfulness Virtual Community (MVC) web-based program for mental health among undergrad students in a Canadian university.

As the figure below illustrates, the three components of the program were:

There were 12 modules with eight videos in each, recorded in male and female voices with low volume background music. Each module had educational content. (The topics, which included mindfulness and being a student, are listed in the table below.)

Ahmad explains the thought processes behind the topics and the module scripts: “The topics were informed by our findings from the focus groups with students, while the module scripts and audio recordings were created by one of the investigators, Dr. Ritvo, with extensive clinical experience and drew from combined mindfulness and CBT principles.”

Participants were surveyed at various intervals during and after they completed the program, using well-founded surveys including the Patient-Health Questionnaire, Beck Anxiety Inventory, Perceived Stress Scale, and Quality of Life Scale.

The intervention was a success; the researchers concluded that these kinds of interventions can result in significant reductions in symptoms of depression, anxiety and stress in a student population in a cost-effective manner.

Ritvo sums up the benefits and how this study could be applied: “Personal visits to a mental health professional concerns are not the only economic burden on both users and the system; difficulties to access also exist for students because of stigma and the challenges of scheduling visits. Our work informs the designing of appropriate programs accessed by students at their convenience, with some limited moderation by a mental health professional.”

To learn more about El Morr, visit his website. For more on Ahmad, see her Faculty profile page. To read more about Ritvo, visit his page.

To learn more about Research & Innovation at York, follow us at @YUResearch; watch our new video, which profiles current research strengths and areas of opportunity, such as Artificial Intelligence and Indigenous futurities; and see the snapshot infographic, a glimpse of the year’s successes.